The Material Girls Next Exhibition 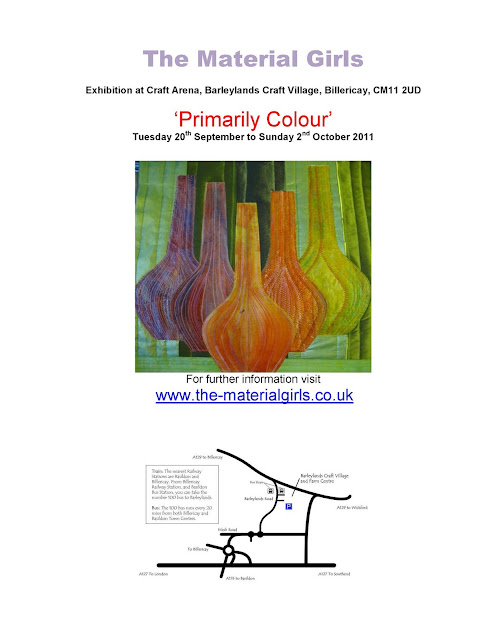 For more information see www.the-materialgirls.co.uk or http://craftarena.blogspot.com
Posted by Miriam Weaver at 15:12 No comments:

It's not long now and Betsy will be coming to live with us. Today I went to visit and boy she's a lively little bundle of trouble. This time I remembered to take some photos, but..... she was so quick most are just a blur or I missed her completely. So I can only show you her tail end and the photo below is Betsy shes the pup attacking the spray and you can see her sister who is really, really tiny, but very cute with it. Oh! if only I could have them both but........ sense takes over and I think I'll have my hands full with one.


Eventually Betsy fell asleep on my lap and looked so comfy I couldn't take a photo and disturb her. I have a feeling that life is never going to be the same once she moves in.

I also got to unite the second quilt with her new owner an absolutely beautiful baby girl named Ella. 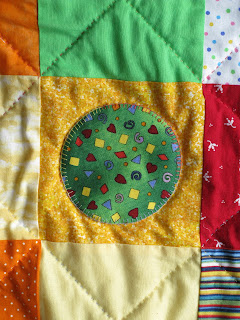 I could have quite happily brought Ella home with me but I know her Mum and Dad would have objected. Still I did get to give her a cuddle, I hope to get lots more cuddles when I can.

It's Five in the Morning

Hello Anyone Out There?????

I know, I know it's been an age since I posted on here, it's been a while since I felt like I had anything that I wanted to write about.

I've not been idle, lots of hand stitching getting texture into a piece of fabric, I can't show you, it needs to be kept under wraps until the exhibition.

Last weekend we went  with my brother Ray and sister in law Michelle to France, we stayed in Lille we were there to visit the memorial of my Nans older brother Arthur Edward Burton,  he was killed at Armentières, Flanders, 11th November 1915 at the age of 24, he was serving with the 1st Battalion of the North Staffordshire Regiment. Ray and I remember my Nan telling us stories of her older brother,  once we  found that his name was on the memorial at Ploegsteert, we decided to visit . His daughter was born after his death and was named  Eva Armentières. 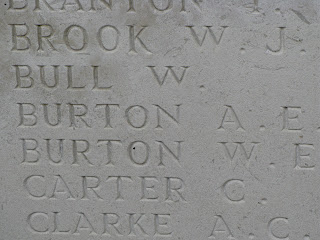 Michelle has a Great Grandfather and a Great Uncle that were killed in the Somme, they are both named on the same memorial, we paid a visit to their memorial too.

It wasn't all memorial visiting there was plenty of time for French food and wine!!!!!

This week I gave one of the quilts I made a while ago, to this little person, meet George my cousins grandson. George weighed in at 8lb 8oz, he really is lovely, I've already had a cuddle but I'm visiting again tomorrow for another cuddle. They stupidly said "You will come again wont you", I will be visiting often, you can't get or give enough cuddles can you? 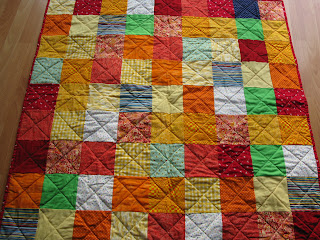 The other Quilt is still waiting for the arrival of it's new owner, she's 5 days late, I've heard that Mum has eaten lots of curries and is taking long walks. George's Mum tried that too, but he still kept her waiting for quite a few days!!!

Yesterday  was a day for getting bits and pieces ready for  Betsy, we've already got her crate and a travel crate. On Monday I went to see her again, I only meant to pop in but when I left I realised I'd stayed for an hour and a half, oops!!  I'm going to have to watch it when she moves in with us, she's going to be a real distraction. 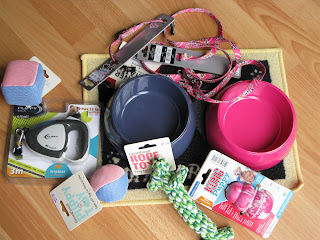